I’m part of an online community that gets very excited about new phones. All these phones make calls and run various apps, and from this distance it seems to me that a lot of the excitement is often about improvements in the camera that comes with the phone. It’s true that it’s very nice to be able to carry a high-quality miniature camera around in your pocket, contained in the same case that includes your phoning device and your away-from-home microcomputer. But I sometimes wonder: what if, in a parallel reality, these functions had stayed separate? What would phones and cameras be like? Would they be better? How would they be different?

The photo here is of a Bell System phone from the 1950s. All it did was make telephone calls. Everyone who had a phone in their house had exactly this phone. You didn’t own the phone; you rented it on a monthly basis along with your phone service. When you signed up for phone service, someone came and installed your phone. For a small fee you could have more than one “extension” phone(!), perhaps one upstairs and one downstairs. If you moved, the phone people came and took your phone away, cleaned it up, and rented it to someone else, which gave them an incentive to make very sturdy phones.

I think mobile phones are great, and I don’t see the 1950s as a golden age of technology or anything else. But it’s always worth stepping back and considering costs, benefits, and paths not taken. 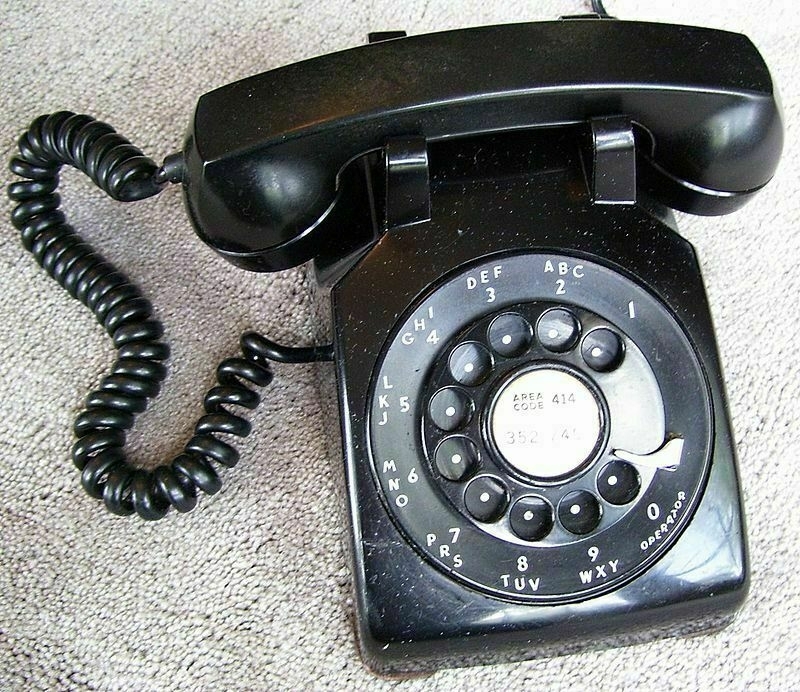