I would almost take up smoking to wear one of these.

The two men had taken off their dress coats, and had put on smoking caps – Lord Chiltern, indeed, having clothed himself in a wonderful Chinese dressing-gown, and they were sitting round the fire in the smoking-room; but though they were thus employed and thus dressed, the two younger ladies were still with them.

Wikipedia says that smoking caps (and smoking jackets) were popular in 19th-century England and were ostensibly worn to keep the smell of tobacco off hair and clothing. I doubt this could have been effective, so I think it was just a way for gentlemen to try to look cool. 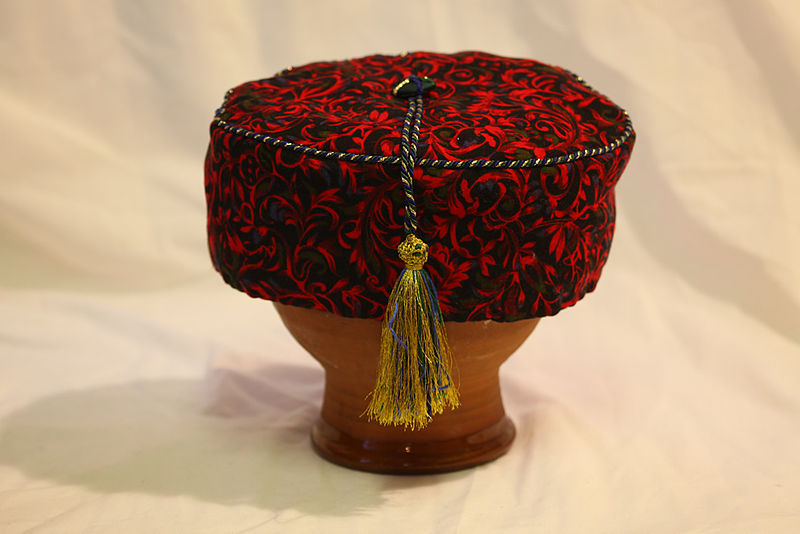